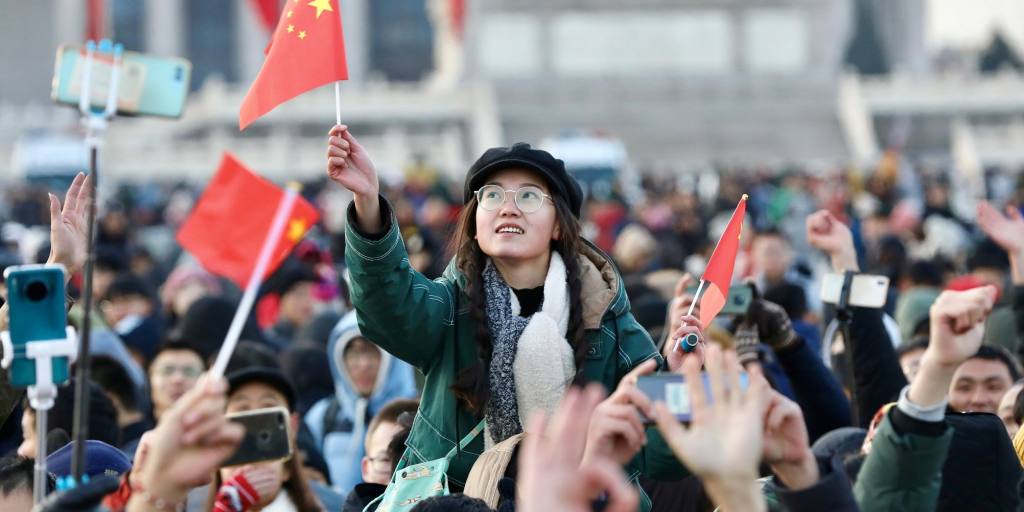 NEW YORK — In a speech sprinkled with words such as “democracy” and “freedom,” Chinese President Xi Jinping used his address to the U.N. General Assembly Tuesday to slam the past two decades of U.S. foreign policy and portray China as the defender of a U.N.-centered international order.

“Recent developments in the global situation show once again that military intervention from the outside and so-called democratic transformation entail nothing but harm,” Xi said.

He was indirectly referring to the nation-building type of intervention advocated by the neoconservatives in the George W. Bush administration. In his U.N. speech Tuesday, U.S. President Joe Biden declared that after 20 years of conflict in Afghanistan, it was time to move from relentless war to a “new era of relentless diplomacy.”

As Biden’s efforts to reassert America’s place on the global stage face scrutiny over his administration’s withdrawal from Afghanistan, and amid new tensions with close ally France, Xi pointedly highlighted the failures of his Western counterparts.

“Democracy is not a special right reserved to an individual country, but a right for the people of all countries to enjoy,” the Chinese leader said through a video message.

One could be forgiven for thinking the language was coming from an American president and not the leader of the world’s largest communist party.

“It’s very interesting for a guy who’s not living in a democracy to say that,” said Daniel Alpert, a macroeconomics fellow and adjunct professor at Cornell Law School.

“What he’s trying to do is map a shift of the focus of diplomacy having shifted from Europe in the 19th century, to the U.S. in 20th century, to China in the 21st,” he said.

Xi emphasized that “China has never and will never invade or bully others, or seek hegemony,” and that China is “a builder of world peace, contributor to global development, defender of the international order and provider of public goods.”

It was a firm planting of the flag as the kind of “responsible statesman” that Xi then called for, asking fellow leaders take action and answer the greatest challenges facing the world today.

First and foremost was the ongoing pandemic, and China’s role in ensuring a fair and equitable rollout of vaccines across the globe including its goal of providing 2 billion vaccine doses worldwide by the end of the year.

He also bluntly, if indirectly, stood against the swirling political debate over COVID-19’s origins.

“China will continue to support and engage in global science-based origins tracing, and stands firmly opposed to political maneuvering in whatever form,” he said.

At the heart of Xi’s address was a focus on revitalizing the global economy as it continues to undergo pandemic related shocks by expanding investment into green and low-carbon technology within the developing world, including a call for a new global development initiative.

Highlighting the need to “create a community of life for man and nature,” Xi pledged that China — the world’s largest coal producer — will not build any coal-fired power projects in foreign countries. He also reiterated the country’s goal of curbing peak carbon emissions by 2030, and becoming carbon neutral by 2060, first announced last year.

Green investments at home and abroad could be one area that alleviates two of China’s biggest problems at the moment. One, how to continue to generate the record growth the country has become accustomed to at home. And two, how to do so in a way that doesn’t rock the boat in a world led by an increasingly antagonistic U.S.

To this end, green investment in the developing world could be the kind of “win-win cooperation” in international relations, Xi emphasized in his address.

And these kinds of “win-win” goals are precisely what China has to try to aim for, said Alpert.

“One of the things China desperately needs to do right now is find a way to thread the needle between asserting its sovereignty as it sees it, and being a good global player that doesn’t trigger adverse reactions.”