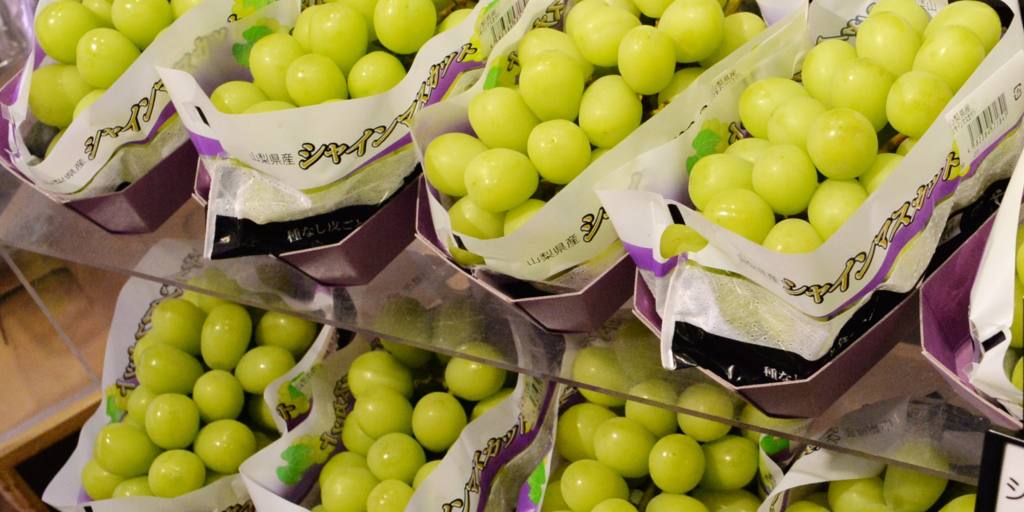 Sweet and fragrant, the grapes can fetch $60 or more per branch at groceries. But this prized breed has been widely copied by farmers in South Korea and China, who now beat Japanese counterparts in production volume.

South Korea exports five times more Shine Muscat grapes by value than Japan, while Chinese farmland devoted to the grape is more than 40 times larger than the Japanese figure.

New Japanese legislation took effect in April, barring the seeds and seedlings of registered plants and fruits from being taken out of the country, but its implementation remains a challenge.

The agricultural ministry recognized in 2016 that Shine Muscat seedlings are being copied and grown outside the country. But without adequate legislation to block such action, production and exports from foreign sources continued to expand.

South Korea surpassed Japan in grape exports by volume in 2019. The South Korean exports reached roughly 800 million yen ($7.27 million) for January-April 2020, up 50% from a year earlier, with Shine Muscats accounting for 90%.

China and South Korea are the main destinations for seeds and seedlings smuggled out of Japan, according to the Japan Association for Techno-innovation in Agriculture, Forestry and Fisheries.

A 2020 probe by the association also discovered that more than 30 Japanese farm products have been copied and cultivated overseas, including premium strawberries and citrus grown in Shizuoka Prefecture.

The law that took effect in April imposes fines and prison terms for violators. But the transgressions have not subsided. Once seeds or seedlings are taken outside the country, it becomes impossible to track them down.