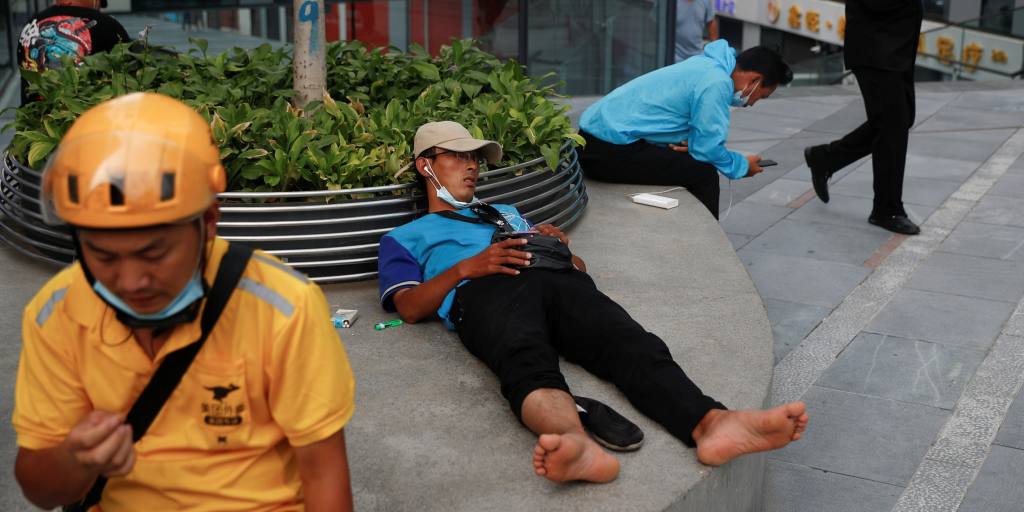 SHANGHAI/BEIJING — China’s tech billionaires have suddenly been going out of their way to spread around their wealth. Giant sums have been lavished on auistic endeavors in recent weeks. There’s little coincidence that this surge follows President Xi Jinping’s “common prosperity” campaign.

But behind most of the humanitarian activity is a fear of meddling state and public backlash, while there are growing concerns that this effort will sap the vitality out of the country’s vibrant private sector.

Looming over this rush of charitable activity is the common prosperity initiative that the Chinese government put into full force last month. The agenda aims to correct income inequality through a three-pronged approach involving compensation, taxation and donations.

The Chinese Communist Party declared that it will “regulate excessively high incomes and encourage high-income groups and enterprises to return more to society” during an Aug. 17 meeting held by Central Financial and Economic Affairs Commission, chaired by Xi.

And with that, the donation floodgates were opened. Zhang Yiming, founder of TikTok developer ByteDance, is giving 500 million yuan ($77.3 million) of his own money to establish an education fund. The founder of e-tailer Pinduoduo, Colin Huang, has given $100 million to his alma mater.

Not to be outdone, Lei Jun, the founder and CEO of smartphone maker Xiaomi, transferred 14.4 billion yuan worth of his shares in the company to the Xiaomi Foundation and the Lei Jun Foundation, both established to eradicate poverty.

It has not just been individuals who are opening their wallets wide, tech corporations themselves have also jumped on the philanthropic bandwagon. Tencent Holdings unveiled a plan to invest a total of 100 billion yuan to causes, such as revitalizing rural communities and lifting wages of low-income earners. Pinduoduo launched in late August a 10 billion-yuan “agriculture initiative” dedicated to researching farming technology and food security.

The compensation prong of the effort can be seen in moves to improve the lot of the country’s 200 million gig workers. E-commerce giant JD.com is expanding benefits including health insurance for its delivery drivers, for example.

STO Express and five other home delivery companies announced at the end of August that it will offer couriers a bonus of 0.1 yuan for every parcel delivered. E-commerce leader Alibaba Group Holding is investing 100 billion yuan through 2025 to support and promote the hiring of gig workers and small businesses.

The common prosperity drive marks a major policy shift for China. Until now, the government has propped up the private sector because of its importance to job creation. Tech conglomerates like Tencent and Alibaba have been generating high growth thanks to tax incentives and financial subsidies lavished by the state.

Although the standard corporate tax rate is 25%, Tencent only paid an effective tax rate of 11% during the first half of this year due to incentives.

Tech entrepreneurs have built up outsized fortunes by creating oligopolies and cashing in on initial public offerings. China’s top 1% holds about 30% of China’s wealth, according to a study by Credit Suisse.

Meanwhile, “there are still some 600 million people earning a medium or low income, or even less,” Premier Li Keqiang observed in a May news conference. “Their monthly income is barely 1,000 yuan. It’s not even enough to rent a room in a medium Chinese city.”

The urban middle class are similarly being squeezed by rising housing prices and education costs. The government’s insistence that wealthy and large corporations share a bigger part of the burden ties to a desire to deflect public anger over wealth disparities. Also driving the agenda is the fact that it can easily gain support from citizens.

The Communist Party leadership forced Ant Group, Alibaba’s financial arm, to postpone its stock market debut in November. In later months, Alibaba itself was hit with a record fine of 18.2 billion yuan for antitrust violations.

In July, the company behind China’s largest ride-hailing app Didi was put under a cybersecurity investigation immediately following its listing in the U.S. Didi’s apps were later removed from app stores.

The common prosperity campaign is not a “robbing-the-rich-for-the-poor approach,” Han Wenxiu, deputy director at the Office of the Central Financial and Economic Affairs Commission, said in an Aug. 26 press briefing. This suggests that the government does not believe that the slogan contradicts the state’s long-held emphasis on the market, entrepreneurs and international investors remain on edge.

Companies that wish to avoid being targeted by regulators have no choice but to cooperate fully with the common prosperity push.

One Pinduoduo executive expressed support for common prosperity campaign. But the manager admitted that it will take “long-term patience” before the company can translate the 10 billion yuan investment into shareholder gains.

Tech giants and the rest of the private sector face deeper uncertainties going forward. Those hazy prospects risk rocking the foundation of the world’s second-largest economy.

The final prong of the common prosperity effort is taxation, but policymakers are slow to impose taxes on real estate due to the near certain pushback, even from party members themselves.

China currently does not collect property or estate taxes nationwide. A source close to a financial authority said that China will announce “by the end of the year” the cities that will conduct pilot property tax levies, but a nationwide version of the tax appears to be a long way off.

More than 10% of households that own homes in urban markets retain three or more housing properties in their portfolios, according to a survey.

“Senior Communist Party officials that hold multiple properties in favorable locations are strongly against a property tax” due to the added financial load, said a real estate agent in Beijing.

Any serious attempt to take on wealth disparities would involve a re-examination of tax perks and the putting in place uniform rules, not setting a political agenda. But the reality in China is that it is fear of the state intervention is what keeps private companies in line. This is where the arbitrary and distorting policymaking of the Chinese Communist Party stands out.