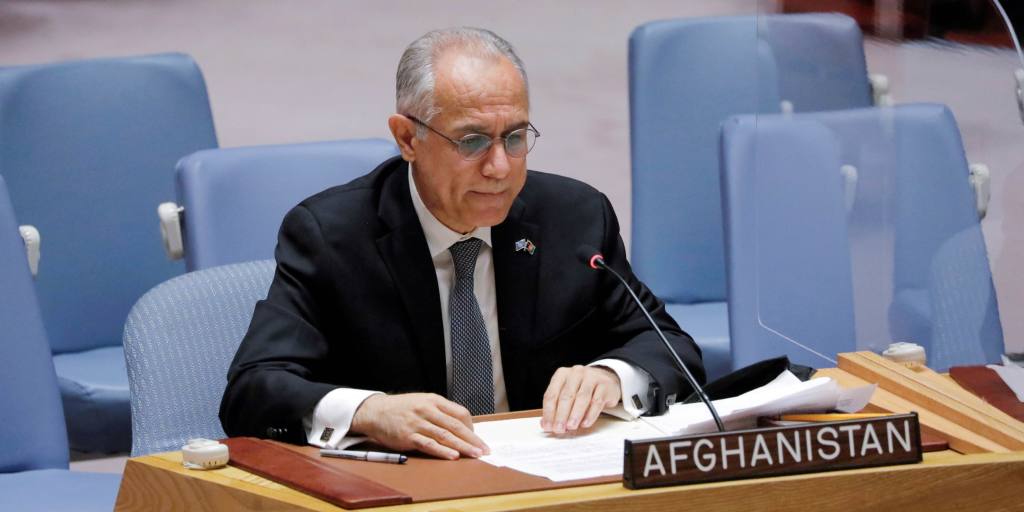 UNITED NATIONS —  There will be no address delivered by the Afghan mission to the United Nations General Assembly Monday as the country’s U.N. representatives face a crisis of credibility on the international stage following the Taliban’s takeover of Kabul in August.

Afghanistan’s Amb. Ghulam Isaczai, who was appointed by deposed President Ashraf Ghani in July, was set to give the penultimate address of the General Assembly, before being removed from the schedule Monday morning. U.N. Deputy Spokesman for the Secretary-General Farhan Haq confirmed that the Afghan mission informed the secretariat that they would not be speaking.

General Assembly addresses are typically given by the head of state of each respective member of the United Nations. Ghani fled Kabul on Aug. 15, when the Taliban took control of the capital. The Taliban have de facto control of the country, but have not yet been recognized on the international stage as a legitimate regime.

As of last week, the credentials committee had not yet met this year, according to a representative from one member-state on the committee.

The Afghan mission to the U.N. could not be reached for comment.